Sitting Bull Falls, in Lincoln National Forest, is a beautiful oasis in the middle of a desert. The small waterfall is fed by a spring at the top of a hill, and plunges 150 feet into the canyon below. There is no real hike to even get to the falls, just a short paved walk, and then you arrive at an inviting pool with the falls. The big girls immediately dove in, and found two friends about their age. With their two new friends, they explored the area, found a "secret" waterfall, and found (and played in) the muddiest spots in the area.

The surrounding temperature was about 103, but the falls, coming straight from the spring, were chilly. It felt great to cool off, and made a ton of sense why it is such a popular rec area for locals.
After playing at the falls, we showered off in the RV and headed to Carlsbad Cavers National Park, arriving about 2:45 in the afternoon (which turned out to be perfect.)

We headed into the Natural Entrance, with a 1.25 mile hike into the cavern (which is a total of 34 miles long.) It was like hiking into another world. The temperature dropped to about 60 degrees once you are in the cave (again, from about 103), and it is damp everywhere (while the surface is dry New Mexico heat.)

Huge stalactites and stalagmites grew in the cave, with remarkable, ancient textures. We did pretty well for about three quarters of our walk, then our three year old showed up. Oh well.

After the walk, we headed to the visitor center to eat dinner, which was (surprisingly) delicious (National Parks aren't often known for their cuisine.) The girls finished their Junior Ranger activities in time for us to then head down to the bat program, which started at 7:45 pm.

For the bat program, visitors sit at an amphitheater at the mouth of the natural entrance to the cave, and at dusk, about half a million (!) bats exit to find dinner (or breakfast, I guess.) So we sat and watched all of these bats swarm out of the mouth of the cave, thick like a cloud of smoke, but smoke with one mind, heading in the same direction. It was a remarkable sight, but we didn't get any pictures, because electronics and flashes apparently screw up the bats' sense of direction.

It was a great day, especially with tomorrow being a big driving day to Austin, to see Trulie Young! 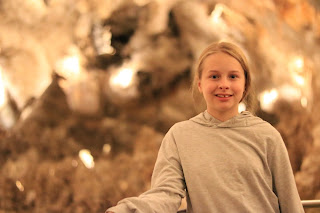 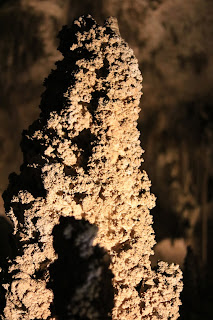 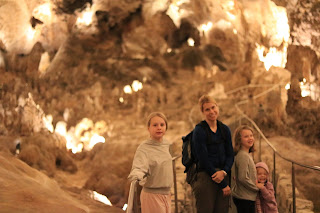 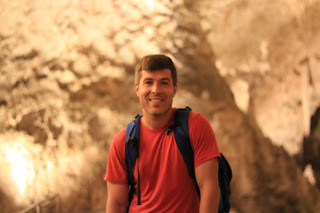 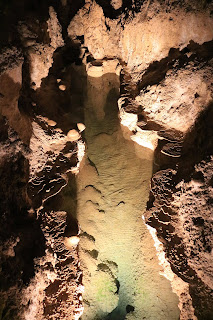 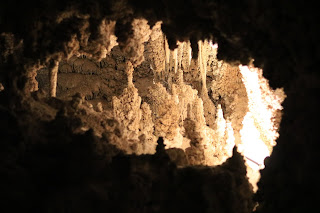 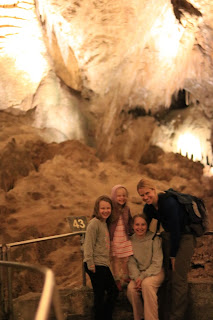 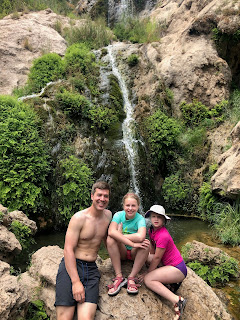 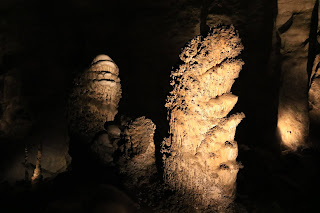 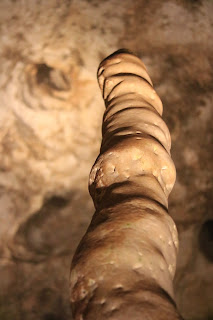 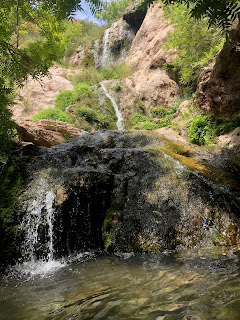 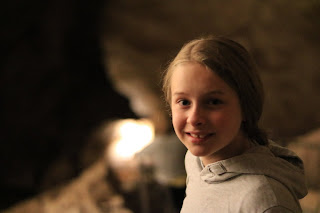 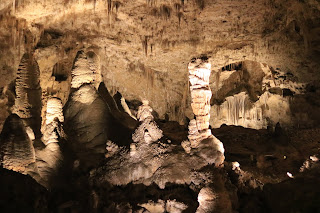 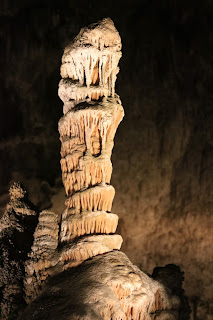