So, to make sense of today's RV adventure, we need to start with a little bit of backstory.

149 million years ago, there was a lush river valley in what is now the Green River valley in northeast Utah. It was the big watering spot, so every dinosaur wanted to be there. A large number of dinosaurs were hanging around when a regional draught cut off the water supply, and the river ran dry. Loads of dinosaurs died around the dry river bed, and the carcasses littered the area, until a few huge rains came through, ending the draught, and washing all of their bodies downstream, to a bend in the river, where they were quickly covered with sand.

Fast forward to a little less than 149 million years (1909), when Earl Douglass, a paleontologist for Carnegie Natural History Museum, found eight dinosaur tail-bones protruding from a rock, and began excavating one of the most extraordinary treasure troves of fossils ever found. Thousands of tons of fossils were excavated from this one hill, but Douglass' eventual vision was to keep some fossils in place, so that visitors can see them "in situ", which is what has happened.

Today we visited the Carnegie Quarry in Dinosaur National Monument, and it is an extraordinary display of nearly 1400 dinosaur bones, still in the rock, covering 180 feet, with two stories of visitor viewing. The building was built around the rock face, so it is fully air conditioned and comfortable (which is great, since it was upper 90s today), and gives you ample opportunity to explore the rock face with the protruding fossils. You can see full vertebral columns in the rock, and huge femur bones. You can even touch them. We had so much fun. The girls participated in the junior ranger program, complete with badges, and learned about how dinosaurs were named.

We continued the adventure with a short hike, seeing more fossils of marine life and dinosaurs, before finishing the visit with an auto tour through more of the park.

At the end of the day we relaxed with a hop in the pool, then grilled hamburgers and hotdogs (family was making fun of my veggie dog with string cheese [thinking of you, Amanda Sinele!], mustard, relish, and Cheetos), and finished it off with s'mores. Finally, tried out some night sky photographs with the RV. I like how the Big Dipper turned out. I suppose stars are kind of cool, too. Stars and dinosaurs. Both cool. 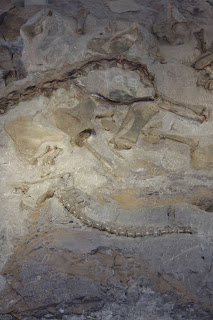 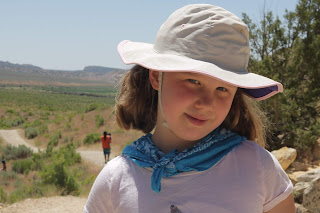 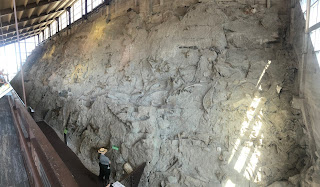 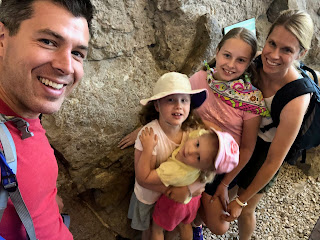 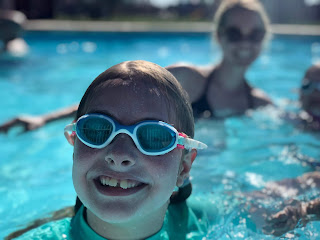 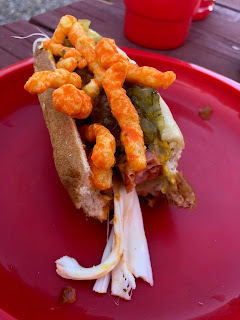 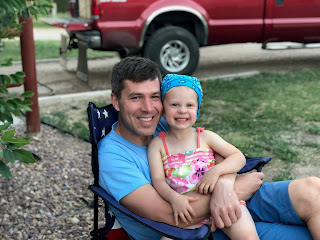 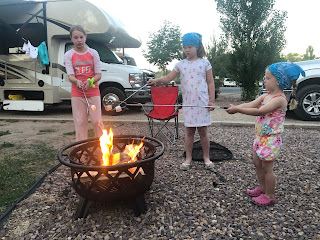 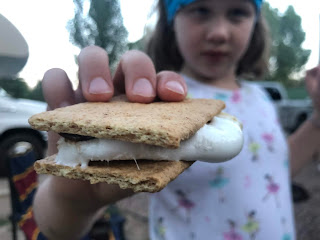